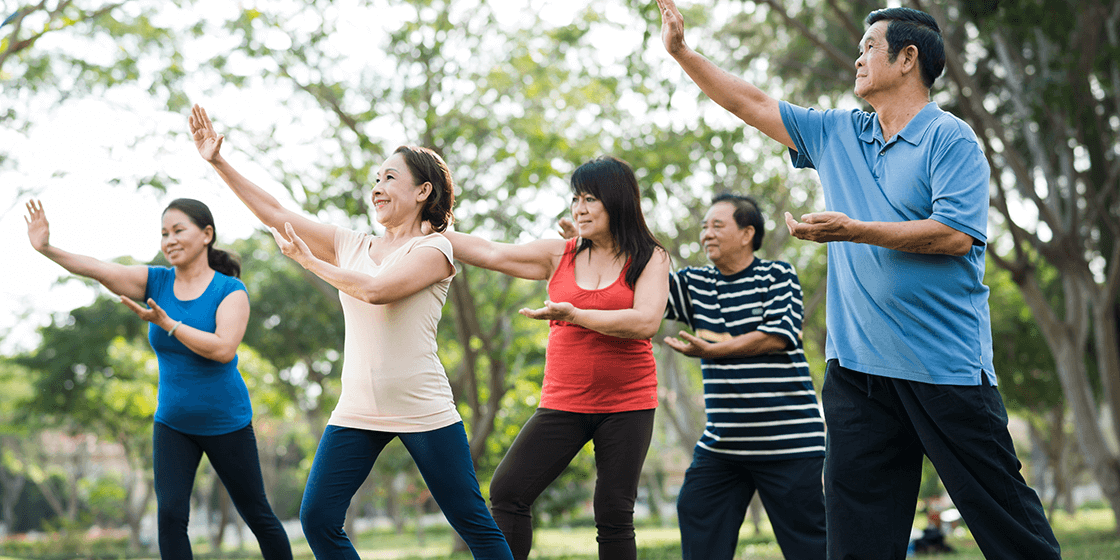 Have you ever seen a group of people practicing Tai Chi in the park?  The slow, graceful movements of Tai Chi are said to be helpful for improving physical balance and strengthening the muscles.  Using a series of poses which transition into one another, followers of Tai Chi swear by its many benefits.  For the elderly, Tai Chi is a useful practice for preventing falls and improving psychological health.

In Mandarin, this internal martial art is known as “Tai Chi Quan”, or “Supreme Ultimate Boxing”.  Before it was ever considered a practice supporting overall health, it was a competitive martial art in China, in the Taoist tradition.  It’s diffusion throughout the world has now made Tai Chi enormously popular outside of its traditional setting.

Those of you who suffer from chronic neck pain will be happy to hear that a recent study has revealed that Tai Chi can help.

Led by assistant professor of medicine at Harvard Medical School, Dr. Peter Wayne, Ph.D., an international research group conducted a 12-week randomized, controlled trial.  Their objective was to test the thesis that Tai Chi was just as effective as therapeutically specific neck exercises and more effective than taking no therapeutic action at all.

The 114 subjects taking part had all suffered from chronic neck pain for more than 3 consecutive months, as a condition of participation.  At the study’s conclusion, the results were published in the Society’s peer-reviewed publication, the Journal of Pain and the thesis being tested was validated.

Tai Chi effectively assisted subjects with the management of chronic neck pain.  Postural issues contributing to neck pain were addressed by a program of regular Tai Chi practice, as well as disability and quality of life.

Tai Chi’s emphasis on dynamic movement encompasses breathing and focus on gentle, slow movement.  The effect on posture when practicing this discipline has been shown to be profound.

The movements involved are deliberate and intentionally practiced.  There is no impact or any forceful, jarring motions.  There is an emphasis on breathing which focuses the practitioner of Tai Chi, with the effect of improved blood oxygenation.  This, in turn, improves circulation and its effects on the muscles.

The combined benefits of Tai Chi work together to create conditions in which chronic neck pain may be significantly reduced, or eliminated.  Because of its combined gentleness and focus, the calming effect of Tai Chi is also believed to have a material impact on psychological health, which can affect pain levels.

At the Advanced Spine Center, our team focuses on conditions affecting the spine and their effective treatment.  Chronic neck pain can often be addressed through the application of prescribed exercises and/or conservative therapeutic responses.

Can Tai Chi relieve chronic neck pain?  The American Pain Society study holds out hope for those who suffer from it.

If you’re one of those people, contact us for an appointment.  Only diagnostics can reveal the root causes of chronic neck pain and the best way to address it. 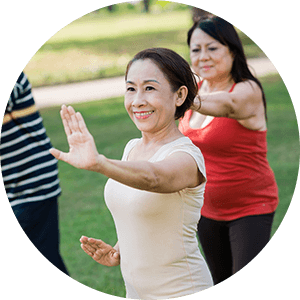