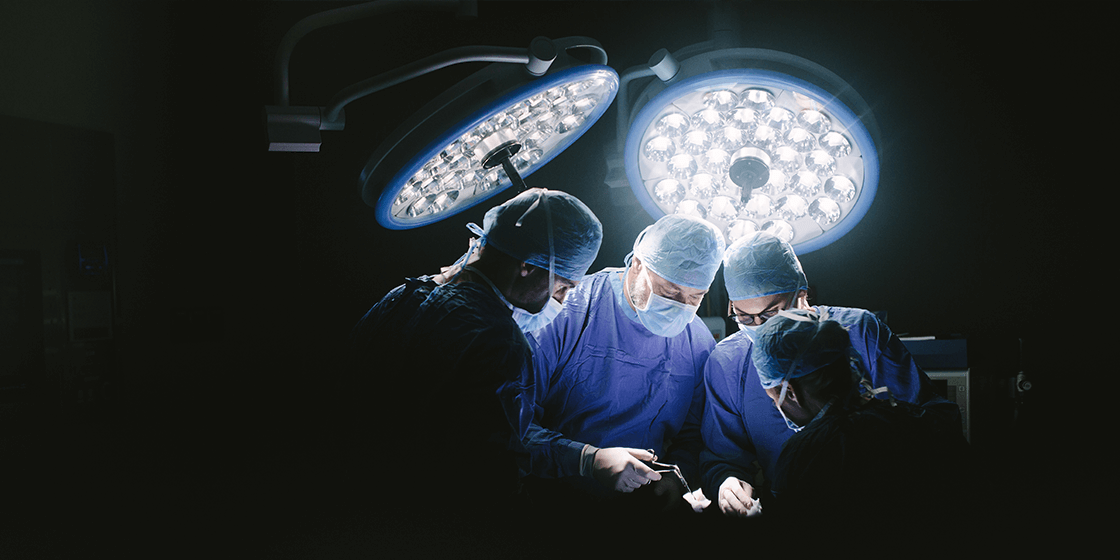 The human race has been combating back pain with surgical intervention for at least the past 5,000 years. Examination of Egyptian mummies that were buried in 3,000 BC reveals such signs of attempted surgical procedures on the spine.

Of course, during this period of time—and for many years onward—spine surgery was far from a “popular” form of treatment. The field of orthopedics was simply not advanced enough to justify such a dangerous avenue for back pain relief. Only in the last 50 years have there been enough advances in the medical field to justify the regular application of surgical treatments on the spine.

The Birth of Laser Spine Surgery

Advancements in medical science often come out of seemingly nowhere. When the Hubble Space Telescope launched in the ‘90s, for example, the images it produced of our universe were originally deemed low-quality. Consequently, NASA developed superior image processing techniques in order to enhance the quality of these pictures. Now, we use those same methods to sharpen the quality of mammograms that screen for breast cancer.

That being said, such stories do not always end this way. Sometimes, innovation doesn’t yield the exact results that we were anticipating. Unfortunately, laser spine surgery is one of those advancements that has yet to prove its worth—or even worse yet, its safety.

The main issue with laser spine surgery? The evidence simply does not support its promise of being more precise and effective than a scalpel. The idea sounds alright on paper. For example, scientists have successfully harnessed lasers in eye surgery to correct one of the most complex functions in the human body: vision. Shouldn’t resolving issues with the spine be just as precise? Unfortunately, this line of logic doesn’t translate well in a practical sense. Instead, the involvement of the laser actually injects an added layer of risk into a procedure that the doctor could have otherwise performed using safer and more conventional methods.

How Does Laser Spine Surgery Work?

Surgery on the spine is broken down into one of two categories: traditional or minimally invasive. Traditional surgery involves the use of larger incisions and carries more inherent risks than minimally invasive surgery. The recovery period for such procedures is also longer. Inversely, minimally invasive spine surgery (MISS) employs smaller incisions and high-precision techniques, allowing doctors to sometimes perform these procedures on an outpatient basis. However, MISS is not always a viable option for patients whose conditions warrant more extensive surgical manipulation.

So, where does laser spine surgery fit into this breakdown? First, we should address the common misconception that laser spine surgeries are incision-free or “noninvasive.” This is simply not the case. If your surgeon chooses to utilize this method, then he or she must make an initial incision in order to insert the laser into the affected area.

Moreover, although it is easy to assume that the laser in this procedure is the star of the show, in reality, it is more of a supporting actor. With our current technology, furthermore, doctors can only use the laser to safely remove certain soft tissues. If the procedure calls for the removal of bone and ligaments, then the surgeon must employ other methods.

The primary use of lasers in spine surgery is for a process called ablation. During ablation, doctors utilize the heat of the laser to shave down the ends of intervertebral discs. Doing so increases the amount of space between them, thereby decompressing nearby nerves. Doctors may also use this technology to burn through any affected nerve endings, reducing the transmission of pain. Or, that’s the idea, anyway.

Proponents of the laser method believe that burning instead of cutting leads to less blood loss and minimal scarring. However, there is simply not enough evidence to support this claim. In fact, current evidence points to the contrary: the potential for tissue destruction is much higher (and more likely to be permanent) with laser spine surgery. As such, many scientists believe that the possible benefits of laser spine surgery do not outweigh the risks of using this method. Therefore, since minimally invasive spine surgery by its very nature is supposed to minimize risk, we really should not consider laser spine surgery a MISS procedure.

The Risks of Laser Spine Surgery

Performing a simple Google search on laser spine surgery is perhaps the most sobering indication of its ill-established nature. Before you find any information on how the procedure actually works, you’ll have to sift through pages and pages of respected surgeons explaining why they don’t employ this method. The main criticism from these members of the medical community poses a simple question: “Why would I use a surgical method with zero credibility when there are traditional methods that are already tried and true?”

When you think of a laser, you think precision. In other areas of the medical field, this is the case, but spinal surgeries involve specific angles and hard-to-reach areas. While lasers may be precise in a sense, they simply do not offer this kind of flexibility. A cutting laser does not hold the answer to lesions that hide in the crevices of the human body. Additionally, it is much harder to control the depth at which a laser cuts in comparison to the control that a scalpel offers. Lasers cut deeper based on how long they make contact with a specific spot. Scalpels, on the other hand, respond exclusively to tactile pressure. So, ironically, it is actually much easier to cut too deep while using a laser.

The other main issue with lasers is that they naturally generate heat. This just adds another element to the procedure that the practicing surgeon has little control over. Heat emitting from the laser may transmit to nearby tissues and nerves causing unnecessary damage. A scalpel, by contrast, is just as precise as any laser—perhaps even more so—without presenting the same challenges. Considering the current evidence, there is really no justifiable reason to use lasers in lieu of more traditional methods.

The Alternatives to Laser Spine Surgery

No matter how you slice it, all surgical procedures carry inherent risks. There is always going to be the risk of blood loss, infections, anesthesia complications, and so on. That being said, it is always the goal of any surgeon to employ whatever methods are available in order to minimize these risks. This is why doctors typically exhaust conservative options, such as medication and steroid injections, to avoid surgery whenever possible. In cases where surgery is absolutely necessary, surgeons may attempt to compromise with minimally invasive surgical techniques.

There are many minimally invasive spinal procedures that doctors perform to great success in today’s world of modern medicine. One such common procedure is a lumbar discectomy, which addresses herniated discs in the lumbar or cervical spine. For this procedure, the surgeon makes a small incision and inserts a tubular retractor in order to remove a portion of the lamina. This gives the surgeon the space that he or she needs in order to safely retract the nerve and remove the affected disc.

Another common procedure that surgeons utilize is a minimally invasive version of spinal fusion. The goal of this procedure is to add more stability to the spine by fusing bones together. Ultimately, this prevents the vertebrae from knocking against one another. Basically, the surgeon makes a small initial incision, which he or she then enters with a specialized tool to retract the muscles of the back. Once the surgeon arrives at the affected area, he or she will fuse two or more of the vertebrae together..

As you can see, neither of these surgeries necessitate the use of a laser to get the job done. And perhaps most importantly, surgeons perform these procedures to great success on a daily basis around the globe.

Do you have back pain that persists despite the use of conservative treatments? If so, contact our practice at (973) 538-0900. The Advanced Spine Center consists of a team of industry-leading veterans who are incredibly passionate about utilizing only the safest treatments in order to address your needs. You simply will not find a more qualified facility to guide you along your journey to recovery. For expert guidance that you can trust, contact us today! 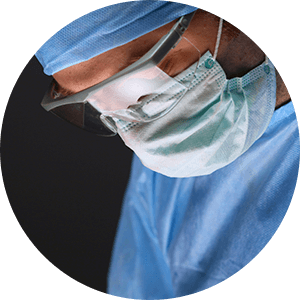